OPENING A SECOND SCHOOL IN IZMIR 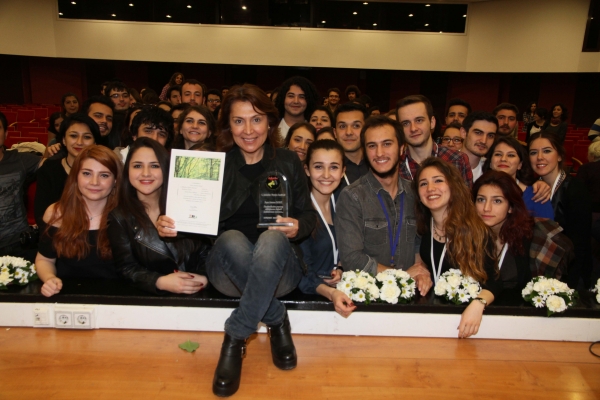 Asuman Dabak was the guest speaker for the 1st Rabarba Theater Festival hosted by Izmir University of Economics which brought theater groups of IUE, Dokuz Eylül University School of Medicine, and Physical Therapy, Ege University School of Medicine, Faculty of Economics and Administrative Sciences, Yaşar, Izmir, and Kâtip Çelebi Universities together. In her conversation with the students Dabak indicated that Haldun Dormen described opening a theater hall as madness. “This was my dream, and I’m glad I made it come true. I took a break from Asuman Dabak Theater for 2 years. Now I am looking for a place in Izmir. Help me find it. If I can find a suitable place, Asuman Dabak Acting School will be at your service as of September. I am interested in old Izmir houses with 2-3 floors,” stated Dabak.

‘I Invested My TV Earnings in Theater’

Dabak pointed that theater was a battle field and it was the only branch of art where humans where depicted through humans and TV series were nothing less of business deals. She also expressed that playing in series lacked art. Dabak said, “You need to take this issue rationally. We maintain our lives, standards. I took the risk of opening a theater with what I earned from the TV. TV is our source of income. That’s how we can generate the theater. I remember the times where I shot 2 movies, 2 TV series, gave lectures, did theater, and went on a tour with the right scheduling. Correct planning helps you solve it,” said Dabak.

‘TV Wears You Out, With Cinema You Make History’

Dabak indicated that she was foremost a theater actress, TV acting came in second place, and an actor should not opt for series just to earn good money. She asked not to give up on art, and she said that today’s youth were the ones to carry the culture of theater to future. Dabak also offered the students to go watch a classical play together at state theaters, and remarked that the audience should not reject the plays they were not familiar with. Dabak said, “TV series are wasted away quickly. They become rubbish. Cinema, on the other hand, is a history. One should not confuse cinema with TV. We can make a ranking like theater, cinema, and television. Being a pretty woman, handsome man alone is not good enough for acting. An actor should be unique, not fake, needs to establish his own blend.”

After the colloquy, the actress did not refuse her fans to get pictures taken and she could not leave the Conference Hall for a long time to make them happy. 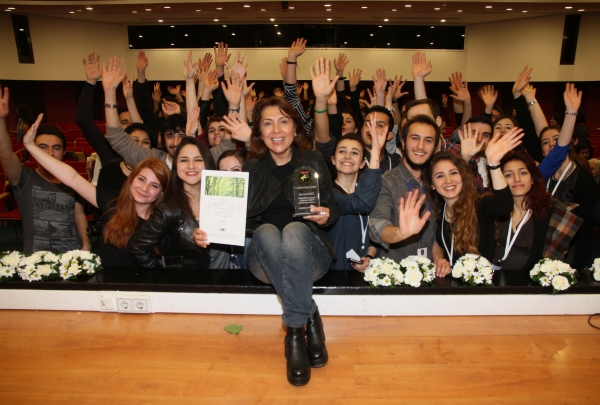 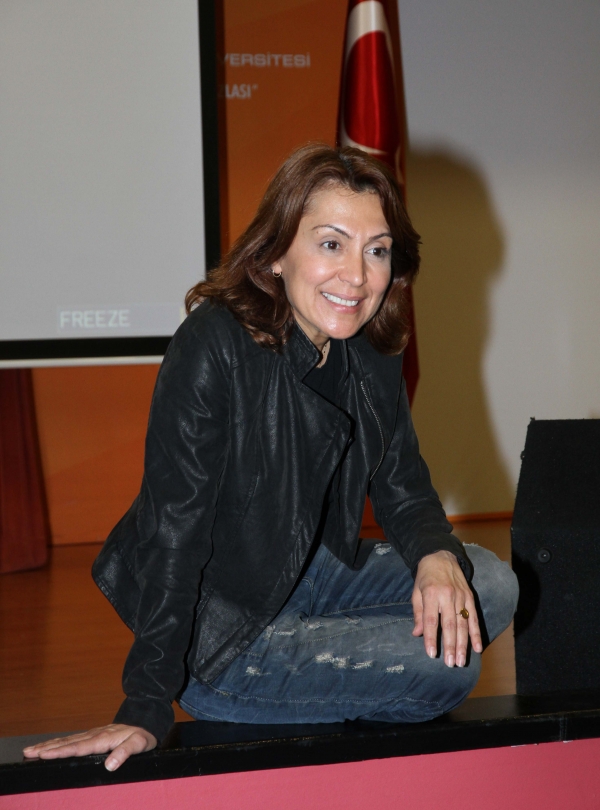 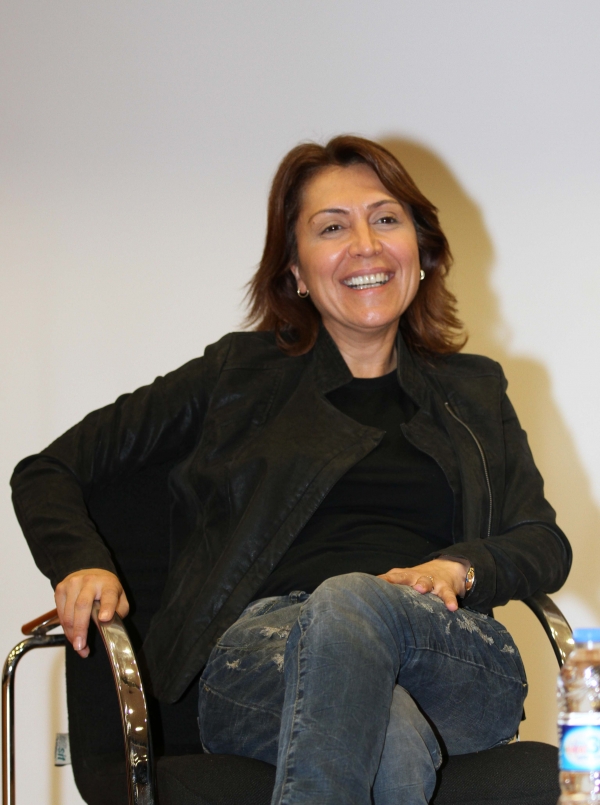 LEADING NAME IN SPORTS AS WELL

OPENING A SECOND SCHOOL IN IZMIR

Actress Asuman Dabak asked students of Izmir University of Economics to find her a location in Izmir. She said, “Find me a

The experts emphasize that as the time shortens for “Transition to Higher Education Examination” (YGS), the first step to become a university

ENTREPRENEURSHIP AMBASSADOR OF IZMIR FROM IUE

Beyza Güler, Junior Student of Faculty of Business, Izmir University of Economics, has been selected by the Entrepreneurship Foundation to popularise   entrepreneurship

ART BEGINS AT THE KITCHEN

Kitchens are being turned into art studios. Kemal Demirasal, Graduate of Izmir University of Economics (IUE) and Enterprising Chef of Alancha Restaurant

STUDENTS WILL DESIGN THEIR OWN GAMES

The youth will create their computer games with the help of Izmir University of Economics (IUE) Software Engineering Computer Games Option Program.

THEY BEGIN THEIR CAREER WHILE THEY ARE STILL STUDENTS

Students of Izmir University of Economics started to shape their careers even before they graduate. Human Resources managers of companies and students